His arrest in connection with the activities of the club that happened a few days after he told a House of Representatives plenary that he stepped down from the club’s management.

“In line with the constitution, I have stepped down from the club,”

he said on Wednesday.

Bala accused Peller of mobilising over “50 thugs” to attack a police station, Maroko Police Station, after policemen from the division cleared the traffic obstruction caused by Quilox customers.

“Customers blocked the road and obstructed the road causing hardship for Lagosians who need to ply that route,” Bala said in a phone conversation with The Guardian Nigeria.

Bala said in an attempt to clear the gridlock caused by the obstruction, police “moved three cars parked by road to the station.”

“We have to send reinforcement and then he was arrested with five other thugs while others flee,”

He said, adding the Peller is being “investigated”.

But Kola Popoola, Peller’s spokesman, in a statement said his principal was at Moroko police station to bail some of Club Quilox’s customers who had allegedly parked on the road during a show at the Club.

“Prior to the kickoff of the 36hours non-stop show which usually holds every year at Quilox, Hon. Peller had informed the concerned Lagos traffic authorities to avoid unnecessary traffic gridlock,”

“On getting to Moroko police station, the police started harassing Hon. Peller and even went as far as seizing all his phones for no reason.

“The continuous harassment and unjust detain of a member of House of Representatives, Hon. Peller, by the police calls for urgent attention of the media, and the commissioner of Police.” 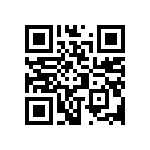