Barcelona manager, Quique Setien, has confirmed that the club are interested in signing a striker this month, following the long-term injury to Luis Suarez.

The Spanish giants are short of options up front, after Suarez underwent surgery on a serious knee problem.

With the 32-year-old expected to be out until at least May, Barca are expected to add a forward before the transfer window closes and have reportedly identified Arsenal’s Pierre-Emerick Aubameyang as their preferred target.

“We are considering that issue but we still have to mature things a little more, it is not an issue that worries me too much.

“I am worried about tomorrow’s game and that of Valencia, this is an issue that we will deal with the sports management in-depth and we will see what is most convenient,” Setien told a press conference ahead of Wednesday’s Copa del Rey game against Ibiza. 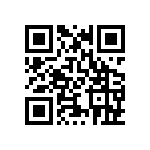