She added while talking to Spice of’lagos on monday,

Because I am Model doesn’t mean I don’t serve God, been a Model is my career,me in church is my spiritual life …. It’s high time people drop this mentality of models are sinners or something else. Modelling began from the days of Esther in the Bible, sentiments will not make a lot of Africans live a fulfilled Life, when a military man kills at war then his working to save his nation but when he kills outside work he becomes a murderer… So anything you do for work is work and not a sin….. Remember no one is Holy💪💪

For your information I am a celestial from my childhood and proud to be a celestial, no shaking about that don’t get it twisted. 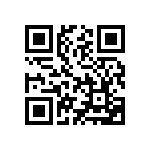