Foremost Nigerian singer, Davido has revealed what his father told him after his successful Lagos concert.

Apparently, Davido’s father, Adedeji Adeleke is a very proud dad who has keenly followed his son’s progress as a musician over the years.

Adeleke professed his admiration for his son after Davido’s ‘A Good Time’ concert in Lagos, telling him just how proud he is of the singer.

Davido revealed this as he shared a screenshot of his Whatsapp chat with his father who attended his headline concert, ‘A Good time’, which held last night, December 28th.

Davido’s dad who must have enjoyed the show, showered praises on his son after the show had ended. 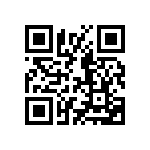