Nollywood actress, Etinosa Idemudia has received severe backlash for using the Bible as an ashtray and threatening to use the Quran next in a video trending on social media.
In the video, the Warri born actress thrashed Prov 22:6 saying it’s a scam.
She went ahead to write,

“The things I’m not supposed to do. The things I don’t want to do, I find myself doing those things. The things my mother brought me up to hate and avoid, those are the things I now love and enjoy. Proverbs 22:6 says, train up a child when he is young and when he is old he will not depart from it.
Nobody can blame my mother, she trained and trained and still training and I’m still departing. Prov 22:6 issa scam”.

Irked followers dared her to try same with the Quran to which she replied, “I need a Quran ASAP!!! Bombo fvcking clat! Give me a Quran and I will mess it up in two seconds. Who the fvck do you think you are to threaten me with a textbook named a Quran or a Bible? Are you mad? Are you a bastard?”,
a reply that has now drawn reactions from both Christain and Muslim faithful. Etinosa is not new to controversy as she was in the news earlier in the year for baring her nakedness on an Instagram live video.
Short URL: https://is.gd/2YmdeQ
Scan QR Code: 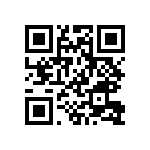