Popular Nollywood actor, Adeniyi Johnson has fitted back at a fan who tried advising him.
The fan who had talked about his acting skills received a terrible hit back from the actor who was not taking it likely.
Taking about his acting skills, she offered tips to the actor which he readily dismissed.
Recall that lately, the actor has been having a series of a clash with both his fans and that of his ex-wife, Toyin Abraham.
In this clash, it appeared, however, to be from his own fan.
See The Post Below: 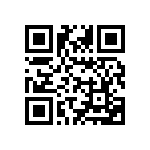