President Donald Trump has called for immediate trial of his impeachment in the US Senate.

The third impeached president in the history on the United States of America disclosed this on Twitter after speaker of the House of Representatives, Nancy Pelosi, refused to give a timeline on when the articles of impeachment would be transmitted to the Senate.

Read what trump tweeted below:-

“So after the Democrats gave me no Due Process in the House, no lawyers, no witnesses, no nothing, they now want to tell the Senate how to run their trial. Actually, they have zero proof of anything, they will never even show up. They want out. I want an immediate trial!

“The House Democrats were unable to get even a single vote from the Republicans on their Impeachment Hoax. The Republicans have never been so united! The Dem’s case is so bad that they don’t even want to go to trial! 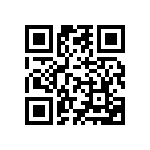