Rapper, Ice Prince has called on African countries to start thinking of impeaching their leaders too, after the impeachment of Donald Trump.

The hip hop artiste, is advocating that Africans should learn from Trump’s impeachment and start thinking of tolling that line as well rather than just following it on TV like FIFA World Cup

Recall that Donald Trump was impeached Wednesday night after a vote in the U.S House of Representatives.

Read what he tweeted below:- 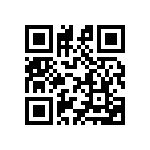