The Joint Admissions and Matriculation Board (JAMB) has announced that it would commence the sales of its registration forms for 2020 Unified Tertiary Matriculation Examination (UTME) from January 13, to February 17.

This was made known by Fabian Benjamin, the head, media and information of the board, to NAN on Sunday in Lagos.

He said arrangements for the commencement of the sales of the documents nationwide had been concluded and that over 650 computer-based test (CBT) centres have so far been accredited for its upcoming examination. 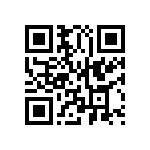