Freshly back from a music tour of his native Benin Republic, trado-contemporary singing sensation Lace kicks off the year 2020 with a new pop single ”Omoge” produced by Raunybeat in Benin Republic.

“Omoge” is one out of many songs yet to release from his inexhaustible vault of good music as he gears up to release an EP in due course as a follow up to his debut album titled ”Benin2Lagos” released in 2014. 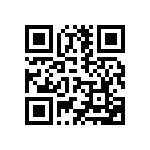 ALBUM OUT: Wizkid – Made In Lagos (Deluxe)