According to a report by a blogger, Vinny_sleek, the reality star acquired a multi-million Naira mansion in Port Harcourt with the help of her boyfriend, King Ladi.

This is coming a few days after the reality star reminded her boyfriend about her birthday when Cardi B surprised her husband for his 28th birthday by giving him half-a-million dollars. 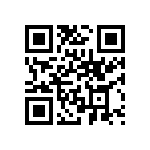