Chelsea manager, Frank Lampard, has admitted that they will buy a player, that will replace Eden Hazard, when the transfer window opens in January.

The Blues saw their transfer ban lifted earlier this week, after a successful appeal at the Court of Arbitration (CAS).

Lampard is already looking around for a player that will bring both goals and assists.

“I think it will be a bit fluid and discussions will be ongoing from now about where we can strengthen.

“Of course, with Eden leaving we lost a lot of goals and creation in that particular position.

“Today we’ve missed some chances and we can look at strengthening and pushing and getting more competition in those areas,” Lampard told reporters, after their 2-1 win over Lille on Tuesday. 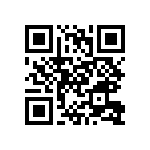