Former Manchester United defender, Gary Neville, has claimed that the new working relationship between Tottenham manager, Jose Mourinho and chairman Daniel Levy, is “a marriage of convenience”.
Mourinho returned to English football last week, signing a three-and-a-half year deal with Spurs, 11 months after he was fired by Manchester United.
Neville, though, feels the prospect of Mourinho winning silverware is a secondary factor for Levy, with the monetary rewards of Champions League football and the impact that has on the club’s finances more important.

“I think this (Mourinho’s appointment) is to protect finances, this is to protect revenue,” Neville said on Sky Sports Monday Night Football.
“This is a new stadium and a team that is half falling apart due to contracts running out and a little bit of destabilisation of the squad. He (Levy) is trying to keep them together by bringing in a big name manager.
“This is absolutely a bridge for Daniel Levy – it’s a bridge for Jose Mourinho. Mourinho needed to get back into the Premier League to re-establish himself and he wanted to be in London.
“Levy needs someone who would get the football club quickly up to a level that is acceptable, into the Champions League. This is a marriage of convenience.” 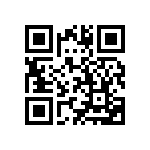