The Peoples Democratic Party, PDP, candidate in the Kogi West Senatorial supplementary election, Dino Melaye, has condemned the results announced by the Independent National Electoral Commission, INEC.
Melaye described it as “Magic results.”
In a series of tweets, the former Senator vowed to contest the results, stressing that “illegality shall never stand.”
He wrote: “16 out of 24 units where the supplementary election was conducted today in Kabba/Bunu LG has been cancelled. This speaks volumes of the disaster called election.
“A situation where APC agents were the ones issuing INEC result sheets at the pooling units is phenomenal.
“I am very proud of the electorate in Kogi West. You voted me today but prepared results were already in place. We will fight to the end. illegality shall never stand. Magic results everywhere.- SDM.”
It was reported that Olayinde Lawal, the returning officer of the Saturday’s supplementary election had declared Smart Adeyemi of the All Progressives Congress, APC, winner at the poll.
The APC candidate got 88,373 votes to defeat Dino Melaye of the Peoples Democratic Party (PDP), his closest challenger, who polled 62,133 votes.
Short URL: https://is.gd/8qnKHZ
Scan QR Code: 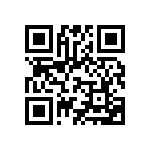