The Kogi State Ministry of Education, Science, and Technology, declared Friday, November 29, as a public holiday for all schools in the Western Senatorial district and Ajaokuta Federal Constituency of the state.
The Independent National Electoral Commission (INEC) had scheduled a supplementary poll for Kogi West inconclusive rerun senatorial election, and a rerun of House of Representative poll of Ajaokuta federal constituency, to hold on Saturday, November 30.
A statement signed by the Permanent Secretary of the ministry, Mr. Eric Aina, in Lokoja, directed all public and private schools in the affected areas to proceed on holiday on Friday, Nov. 29.
Aina, however, enjoined schools in other parts of the state that are not affected by the election to maintain the normal academic calendar without interruption.
The statement read:

”Ahead of the supplementary and re-run election in Kogi West Senatorial district and Ajaokuta Federal Constituency, Kogi Ministry of Education, Science and Technology have declared Friday, Nov. 29, 2019, as a public holiday for schools in these areas.
”All public and private schools in the affected areas to proceed on holiday from Nov. 29, 2019, and resume academic activities on Monday, Dec. 2, 2019
“The break is to ensure the smooth conduct of the polls in some designated school premises while the students and pupils stay under the custody of their parents during this period.
“All parents, schools’ heads, teachers, relevant stakeholders, and the general public to take note. 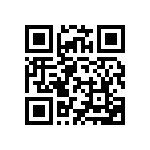