Vector Tha Viper has stated that he can never collaborate with M.I Abaga whom he currently has beef with.Both rappers have been at loggerheads in recent times which has seen them dish out diss tracks.
While M.I Abaga labelled Vector a snake that people should beware of, Vector in return stated that M.I is Judas the rate.
With the buzz surrounding the beef gradually dying, an inquisitive fan asked to know if Vector won’t mind recording with M.I.
Vector responded saying:
‘I don’t like cunning people. It ruins things.’
See a screenshot of the tweet below:-

When another fan asked if he would consider doing a joint EP with M.I’s rapper brother, Jesse Jagz, he replied:
‘I love Jesse. If we will we will.’
See a screenshot of the tweet below:- 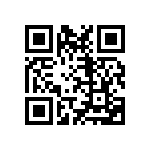