Lagos Governor Babajide Sanwo-Olu said his government will demolish buildings obstructing government’s Right of Way (RoW) at Lekki in Eti-Osa Local Government Area.
Sanwo-Olu said this during a road assessment on Saturday in Lekki, saying that people had built structures without planning approval, thereby obstructing government’s RoW.
Sanwo-Olu said that houses built on the RoW and obstructions on the alignment of the Lekki Regional Road were the major causes of flooding around Lekki axis.
He said that the Lekki regional road was meant to be a relief access road for the Lekki-Epe express road.
”We have gone round and have seen that there are places where the alignments are still kept, and people still kept the planning approval of the state government.
”But a major place of concern is where people have completely bastardised the right of way, where people have built structures around the place, without approval.
”We are going to instruct the Ministry of Physical Planning to come and ask for their planning approvals. The ones that do not have, we will mark all those buildings for demolition.
”We want to also engage them because we will need to ask them what other alternatives they want to give us. What alternatives are they going to provide for government.
”If people that are meant to be civilised will come and develop on government’s right of way for future development of roads, I think it speaks to the soul of everybody,” he said.
The governor said that building on RoW was a high level of irresponsibility by citizens and disregard for the state’s urban planning masterplan.
According to him, government will not condone it or sit back and let people take undue advantage of the state’s planning laws.
”So let us take them to public courts, let us take them to the public domain, people need to see how reckless people can also live and they show that they are building with high walls with high gates.
”This government will not relent, we will do whatever it is for us to do, so that we can preserve the sanctity of the state, of the city and people that are law abiding must have respite,” he said.
Short URL: https://is.gd/WKzDfT
Scan QR Code: 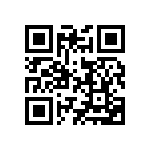