Shehu Sani, ex-chairman of the committee on local and foreign debts in the previous senate, has defended the lawmakers’ decision to reject a $29.96 billion loan request from President Muhammadu Buhari.
In a statement on Friday, Sani said the senate at the time rejected the request to save Nigeria from being ”recolonised by creditor banks”.
The president first forwarded the request captured in the federal government’s 2016-2018 external borrowing plan to the upper legislative chamber in 2016.
After failing to secure their approval, he sent it to the ninth assembly on Thursday, asking the lawmakers to approve the loan which he said is “critical to the delivery of the government’s policies and programmes”.
But Sani said the country’s external debt would have hit $52 billion if the senate had approved the loan request.

“We turned down the FG loan request for $30 Billion to save Nigeria from sinking into the dark gully of a perpetual debt trap,” he said.
“We don’t want our country to be recolonized by creditor banks.”

Sani, who represented Kaduna central at the senate, said the country’s external debt stands at $22.08 billion as of June this year — from $10.32 billion in 2015.
He warned that borrowing further will jeopardise Nigeria’s future.

“With the current escalation of borrowing, we will be walking into debt slavery and move from landlords to tenants in our country,” he said.
“They will always tell you that even America is borrowing and I don’t know how rational is it to keep on borrowing because Another country is borrowing.
“If we keep listening to Bankers and contractors we will keep borrowing and burying ourselves and leave behind for our children a legacy of debt burden.
“Loans are not charities. Most of those encouraging more borrowing are parasitic consultants, commission agents, rents seeking fronts and contractors. We must be cautious.” 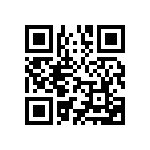