British-born boxer Anthony Joshua who is of Nigerian descent will present his heavyweight belts to President Muhammadu Buhari at a yet to be announced date.

Joshua reclaimed his IBF, WBA and WBO titles with a win via unanimous decision in his rematch against Andy Ruiz Jr. on Saturday, December 7, 2019.

According to Sports Minister Sunday Dare, Joshua will present the belts to Buhari but said no date has been fixed for the presentation.

According to The Cable, Dare said this while briefing journalists at the end of the federal executive council (FEC) meeting which happened on Wednesday, December 11.

Joshua is born in England but is born to Nigerian parents who are from Sagamu in Ogun State.

Although he represents England, Joshua heavily identifies with his Nigerian roots and spent some time in the country while he was growing up.

He visited Nigeria for the first time since he hit fame in July 2019 after his loss to Ruiz Jr in their first meeting.

For the rematch, he walked out to songs from Femi Kuti and his legendary father Fela Kuti.

He also received a congratulatory message from Buhari after his win over Ruiz Jr. on Saturday.

“You have brought joy and celebration to millions of Nigerians at home and in the Diaspora; we are and will continue to be immensely proud of you.

“The downfall of a man is truly not the end of his life. There’s always another, and better day. This is a lesson we must all learn from Anthony Joshua, as a country.”

Joshua was also seen in a video after his fight sending out a shoutout to Nigerians with the Nigerian flag draped around his neck. 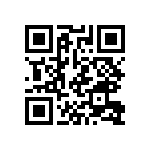