Governor Babajide Sanwo-Olu has said there is no going back on his administration’s decision to ban motorcycles aka Okada and Keke NAPEPs in the state.

The governor said this while speaking at the formal launch of LAGFERRY operations, mobile app and commissioning of 14 commercial boats at Badore Ferry Terminal, Ajah today Tuesday, February 4th.

Governor Sanwo-Olu, while justifying the ban, said Let me tell you about the ban which we just enforced. We will sustain the ban on Okadas and tricycles, mainly because of security and safety reasons.

The security and safety of citizens is paramount to any government. As a responsible government, we will not fold our arms and allow any security breach in the state.

“We will continue to ensure the safety of our people on all fronts. There have been reports of serious security breaches and safety concerns in areas where these operators ply.

We had to respond to these concerns because life and safety matter to this government”. The ban on motorcycles and tricycles in the state has been widely condemned by many residents of the state. 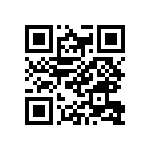 1 thought on “No Going Back On Okada, Keke Ban- Governor Sanwo-olu Insists”