Minister of Works and Housing, Babatunde Fashola, has thrown his weight behind Governor Babajide Sanwo-Olu of Lagos for putting a stop to the operation of commercial motorcycles (Okada) and tricycle (Keke Napep) riders.

The Lagos government announced a ban on the activities of Okada and Keke Napeps in some Local Government Areas like Apapa, Lagos Mainland, Surulere, Eti Osa, Lagos Island, Ikeja effective from February 1, 2020.

Speaking on the development in Lagos, Fashola, who was a two-time governor of the state, said Okada is not in Lagos’ plan, adding that it’s a threat to the state security which everyone should acknowledge.

“If you care about security, you should back your governor on Okada ban. As a centre of excellence, okada cannot be part of the plan,” he said.

“I’ve always held this position. Motorcycle has always been a conduit pipe for the opioid crisis among youths. We must act to eliminate anonymity.”

Fashola reiterated, “I was robbed in my home, in fact on my bed in 1999. Organized crime is dynamic, criminals are aware that people don’t keep money at home again, now they diversified into kidnapping people for ransom.”

“We must have data to identify people. You have SIM cards on your phone. It’s called subscriber identity module which can be tracked everywhere in the world.

The attorney-general of each state and legislators should act. In those days, we used to have a licence for bicycles,” he added.

Meanwhile, Sanwo-Olu has assured Lagosians, who have had to walk long distances and who have been queuing at bus stations to catch over-priced buses to work, that he has no intention to inflict pain on anyone with the ban. 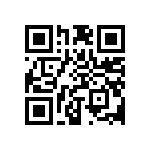