The moment a stripper fell from a pole while dancing and landed on the floor was captured on video and has been shared online.

In the video, the stripper is seen performing her moves on the pole, while other strippers were on the floor of the stage doing their thing.

While dancing, the stripper on the pole lost her grip and fell. But immediately she landed on the floor, she recovered and continued twerking.

Watch the video below:- 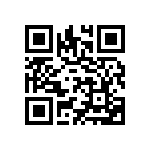