One thing I always appreciate about Kabex is that all his rap songs always have a clearly noticeable message with lyrics well put together. He is always blunt and always on point.

Meanwhile, after listening to his “Destruction – rap industry diss“, I felt the need to tell him somethings before his growing music career hit the rock.

Practice What You Preach

Why will Kabex come out to blast rappers turn singers when he has “Detty December“, “Yeye Daughter” and couple of lamba songs.

Sometimes it is good to check yourself before bringing lyrical weapons to attack people. You are judging other rappers for what you are also guilty of.

Besides, when does it become a crime to be versatile?

When does it become a crime to blow as a rapper then switch to singing as long as you can do it?

Even M.I‘s biggest song as a rapper had a singer, “Flavour” did the chorus. Would Oleku by Ice Prince be blown without Brymo?

Everyone has their choices to make in Life and the reason everyone do what they are doing is best known to them.

Who is Kabex to diss Davolee for locking up on rap to sing “Way“?

Tell me, when you’re in a music industry where people appreciate lambas more, a reasonable person would rather do what is more profitable.

Zlatan is enjoying the switch, Olamide gained a lot from the switch too and a host of other rappers with big names.

Vector once said, it is not a sin to sing as a rapper as long as you can sing and not trying to do trying.

Kabex Career Is Too Young To Step On Toes

Kabex‘s career is pretty too young to start up diss against big names in the music industry.

Thank God he was smart enough not to mention the likes of Olamide, Reminisce and others who started the act of shifting away from rap to singing “Choko Milo“.

I just hope, some big names in the music industry who are in the position to help Kabex more won’t start tagging him as proud and arrogant all because of this diss track.

The truth is, you need to grow big to a reasonable extent before doing a generalized diss at everyone in the music industry.

As much as you want to display confidence in your rap skills, be sure you’re not being arrogant and dis-respective in the process.

Guys, What Are Your Thoughts On The Points Raised In This Open Letter?

Let’s hear from you 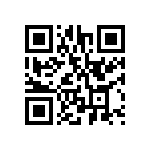