France and Paris Saint-Germain forward, Kylian Mbappe, has admitted he doesn’t deserve to win this year’s Ballon d’Or.
The 20-year-old is among 30 players nominated for the award, with Liverpool’s Virgil van Dijk favourite to earn the trophy ahead of Barcelona’s Lionel Messi and Juventus’ Cristiano Ronaldo.
But Mbappe feels his chances are slim and he thinks he didn’t win enough prestigious trophies to put himself among the favourites.
When asked if he could win the Ballon d’Or this year, Mbappe told Ouest France:

“This year? You have to be realistic, I do not deserve it. There are players who have done more.
“With PSG, we did not win all the national titles, in the Champions League, we disappointed.
“Sure, at the individual level, I did win a lot of trophies, but football is not played alone and must accept it.
“I still have time to win it, I’m in no hurry, it’s not something that haunts me.” 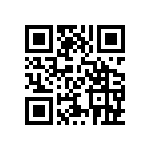