Manchester United star Paul Pogba has revealed how he took the fight against racism into his own hands.

The France international asked teammates to wear specially designed wristbands ahead of the 4-1 Boxing Day win against Newcastle in response to racist incidents across football in recent months.

During the warm up United’s players wore rubber bands with the message “No to racism” and “We are one” written on them.

Just this month United players Fred and Jesse Lingard were subject to alleged racist abuse during the 2-1 win at Manchester City, but Pogba said the move was in support of footballers across the globe.

“Basically I was thinking about doing this for a long time. I remember when I was younger about ‘Stand Up, Speak Up’, something like this. It just reminded me of that.

“I mean, a lot of players in a lot of leagues – not only in Premier League, in Italy, Spain, everywhere – we keep hearing this.

“I don’t want to go and make interviews, but just I know that it will make people talk.

“The team-mates, we done it. Fred, Andreas (Pereira), I mean everyone, we are against that. We are just for football, enjoying football. We do what we love.

“We give joy to the fans, to everyone, to all the spectators and that’s all we want to see in the stadium.” 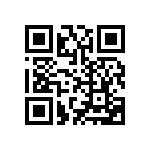