Davido is sure going hard as he employs american top notch female rapper, Cardi B on the remix of his hit single, “Fall” and its super awesome we just can’t wait to hear the song.
The female rap queen made it known she was on the remix in a recent video she shared online where she was seen vibing to the yet to be released song.

Davido “Fall” which was released 2 years ago has earned the artiste lots of international attention, according to Rollingstone, it was played over 482 times across 36 radio stations in the U.S, it was also recoreded as 100 most Shazam’d singles in America in January this year. 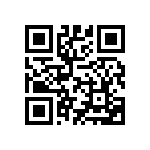