Manchester United manager, Ole Gunnar Solskjaer, has defended Paul Pogba and said the player’s professionalism should not be questioned, as he prepares to return to the club to step up his recovery from an ankle injury.
Pogba has not played for United since the 1-1 draw against Arsenal on September 30.
There has been speculation that the France midfielder is ‘faking’ injury, to force a departure from Old Trafford.
The former Juventus player was also criticised on social media, for posting images of himself playing basketball with Miami Heat star, Jimmy Butler.

“Every player is allowed to be injured when he’s injured and Paul is working hard to be back,” Solskjaer said according to ESPN.
“No one can doubt his professionalism, his willingness or his desire to play football.
“He’s a footballer and he’s one of the best midfielders in the world and [having him back] will be like signing a new player before the transfer window opens.
“Of course we’ve missed him when he’s been away. Some of the players — Scotty [McTominay] and Fred — have taken up that challenge and have done well but, of course, it’s a boost for us when he comes back.” 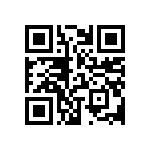