Super Eagles in any moment will be wearing new jerseys for the execution of their international outings.

The last design was accepted globally and was named the best kit of the Russia 2018 World Cup.

And after almost two years, the three-time African champions are making a U-turn on a new kind of mind blowing green and white jersey.

The home kit design is a fusion of traditional aesthetic of an agbada robe with a mixture of modern western design.

While the away kit which will be worn be Nigerian stars in their away matches is inspired by ‘Onaism’ which mean pulling out.

Fans have been going crazy on social media about the new jersey with Super Eagles faithfuls going crazy.

“nikefootball is doing a great job with the super eagles of Nigeria’s jersey.. Nice one lads hope we win trophies with this jersey.” Another added: “This new Super Eagles jersey is d*mn beautiful.”

“Nike have absolutely nailed another Nigeria strip.” A fourth was dumb-founded: “D*mn, Nike done did it again.” 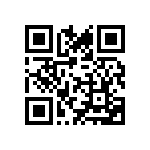