It’s been talked about for months if not years now and now, it’s about to drop

The Made In Lagos album is around the corner. The project we’ve had to wait two years for. The album Wizkid has promised to be his best so far.

But what exactly is so special about this album?

Wizkid first teased the album back in February 2018 shortly before releasing Soco.

In his words, the album would be ten tracks, no features. While we all know Wizkid doesn’t deliver on time, he has however taken time out to ensure there’s an overdose of quality on the album.

With how we’ve greatly vibed to his recent project, SoundMan EP and how successful singles like Blow and Cover Me have impressed the music space, Wizkid might be eyeing Burna Boy’s spot at the top of the music space if his album goes on to be highly successful.

And with the world focusing heavily on Afrobeat especially with claims for a category for Afrobeat in the Grammys, this could be a perfect time for Wizkid to capitalize and his album could turn out to be the best ever afrobeat album.

So guys, do you agree?

Can Wizkid “Made In Lagos” Be The Best Afrobeat Album Ever?

Let’s hear from you all on this important issue. 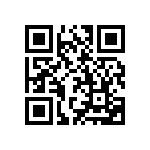