Nigerian singer Teni has caused a stir on social media after she took to Twitter to share her thoughts on feminism and marriage proposals.

According to the ‘Billionaire’ crooner, feminists hold on to their ideologies till it’s time to act as equals.

Teni said feminists claim to want equality but will never go down on one knee to propose to a man adding that there is nothing wrong with a lady proposing to her man.

”Y’all are feminists till it’s time to bend on one knee to ask a man to marry you! Aren’t we equal?

Btw it’s not wrong for a woman to propose to her man!” 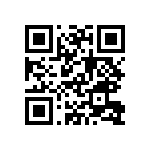