Abiodun Aina, the Acting Executive Chairman of the Federal Inland Revenue Service disclosed that the outgoing Chairman of the revenue agency Babatunde Fowler stepped on toes during his tenure.

Aina who thanked Fowler for transforming FIRS during the handover ceremony on Monday December 9, stated that he stepped on toes in his first term as FIRS chairman.

The Acting Chairman of FIRS said;

“Thank you very much Mr, Chairman, my boss, my brother, and my good friend Sir. As you hand over to me I say what am I running? To have fought a good fight.

You laid a very solid foundation“Within the intervening period that I will be holding fort,I promise you to steady the ship, by the grace of God.

You have done a lot within the space of four years. You have transformed FIRS. You have modernised it. There has been a lot of innovations and under you, we have achieved great heights.

That was the highest collection ever, in the annals FIRS. You brought dynamism to FIRS.

“You introduced so many programmes that repositioned FIRS: Tax Amnesty Programme implemented VAIDS, increased the number of taxpayers nationwide to over 20 million in a space of four years,

began placing lien on the account of taxpayers to ensure that each capable corporate taxpayers pay his/her dues, fostered collaboration amongst the states through the Joint Tax Board, began robust information sharing amongst states, launched the JTB TIN so that states might have access to data for tax purposes, deepened FIRS’ embrace of technology for tax purposes and many more.

“But like you also mentioned in your speech, change is usually resisted. And so you stepped on toes. That is normal. Leadership is not a popularity contest. And I’m sure you know that very well. And that was why you were focused on carrying out the mandate that was given to you.

I can tell you on behalf of my colleagues here that we will miss you. You have left a very big shoe behind. We will do all we can to ensure that we will keep the flag flying.“Thank you very much for what you have done for us.” 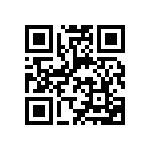