Singer Zlatan Ibile and the whole 30BG of Davido have mocked his logistics manager Isreal DMW after apologizing to DJ Cuppy publicly.

Zlatan Ibile and almost all the whole team reacting to Isreal DMW’s apology video burst out with laughter mocking him for apologizing to DJ Cuppy but not tagging her to the apology.

Isreal DMW got himself into this by meddling in the feud of Zlatan Ibile and DJ Cuppy and now has become the laughingstock at the camp of the 30BG crew and is even mocked by Zlatan himself.

Davido their boss also laughed at him uncontrollably in a video call for rendering an apology he never wanted to give to DJ Cuppy.

What Do You Think About This? 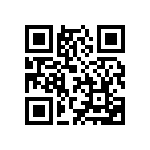