2019 Raving act, Zlatan is out with another year starter jam titled “Quilox”

The song is produced by Mansa Jabulani and his always go-to producer, Rexxie.

However, the song named after popular clubhouse Quilox in Lagos will be Zlatan debut single under his own label imprint “Zanku Records“. 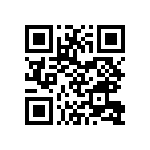